‘Progress, of the best kind, is comparatively slow. Great results cannot be achieved at once; and we must be satisfied to advance in life as we walk, step by step.‘

Slow progress I can cope with. Lack of progress was really getting me down. Things have definitely improved since my last post. The brain fog has lifted for the most part and I am reconnecting with myself. I’m running a little bit further and a little bit faster. I’m not where I was last year, but neither am I where I was last month.

It is reassuring that my blood results fit with how I feel this time. The previous reduction in my Thyroid Stimulating Hormone (TSH) from 16 to 8.49 didn’t make me feel better. In the last six weeks, it’s reduced from 8.49 to 4.57. That does feel better.

I can think more clearly, function a little better and only need daytime naps occasionally. I still sleep 10-12 hours a night. This is an improvement, but not normal for me. When the fatigue does hit, it’s still like a tonne of bricks.

If I’d stuck with the NHS, I’d be stuck at this point. The lab now says ‘borderline’, so my blood results never made it past reception. Apparently, GPs these days only look at results if the lab flags up that action is required. If you’ve read my previous posts, you’ll know the lab ranges aren’t useful for someone with a thyroid disorder. We don’t get better until we are at the bottom of the ‘normal’ TSH range and the top of the ‘normal’ T4 range.

The lab range for TSH is 0.4-4.0. The optimal range for someone with Hashimoto’s is 0.4 to either 1.5 or 1.9, depending on what you read. So 4.57 isn’t borderline for me. It’s better than it was, but I need more medication. Unfortunately, ‘borderline’ on the computer means it gets filed under ‘no further action’. A GP would only see it if I was sitting in front of them and they pulled it up on the computer. I can’t get an appointment, so that wouldn’t happen.

All this means that anyone in my situation who wasn’t paying to see a specialist would be told they were fine unless they had the knowledge and confidence to get the actual numbers from the receptionist. They’d then need to interpret them correctly and make an appointment (the waiting list is 4 weeks) and argue their case. It’s ludicrous.

I spoke to my endocrinologist yesterday. He advised me to start alternating between 125mgs and 150mgs of levothyroxine (I’ve been on 125mgs daily for the last six weeks). I’m paying him to write to my GP to ensure I get this prescription. I could live with a TSH of 4.57, but I shouldn’t have to. I want to keep advancing, step by step.

I want to pin a race number on before the year is out. I want to be back doing ultras next year. I am moving to North Yorkshire in September. I want to have the energy to pack and unpack and then I want to be able to enjoy those hills. I also want to build up my coaching business. I don’t want to waste half the day in bed. I’m starting a new life and I want to embrace it. 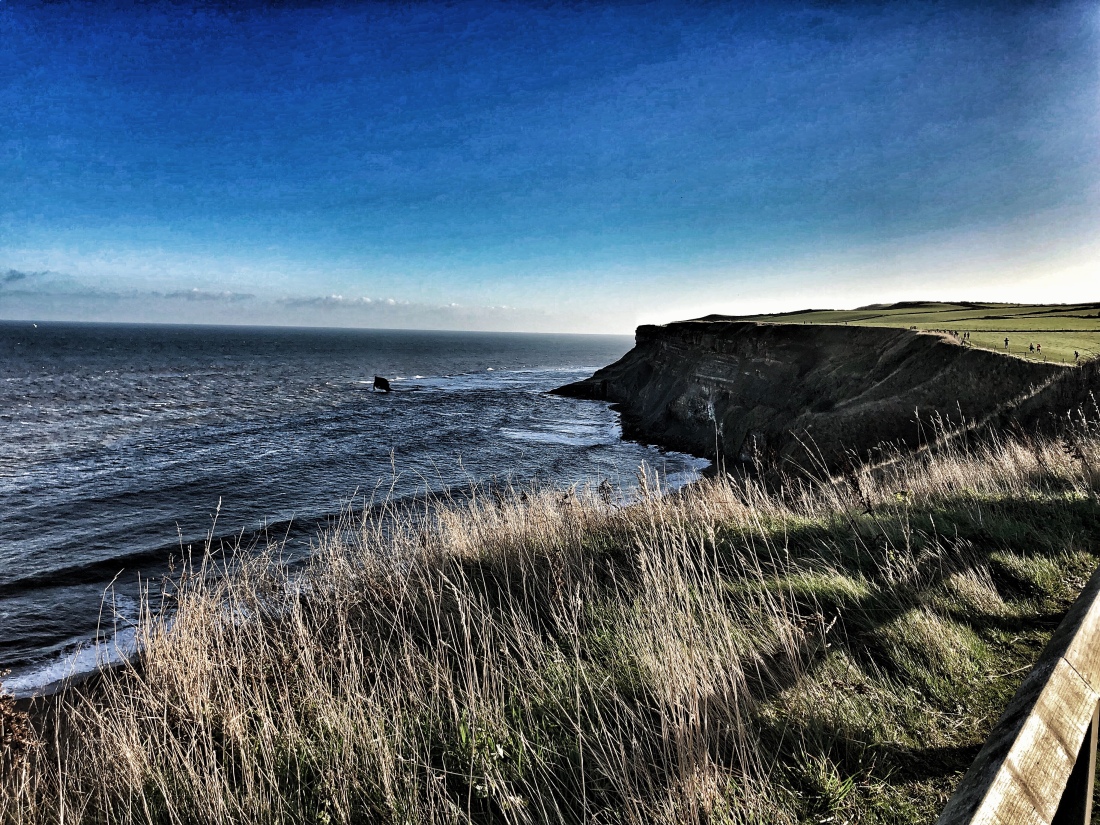 This will be on my doorstep from September

I appreciate that running an ultra isn’t the goal of the majority of Hashimoto’s sufferers. But I’m sure we all want to get back to our own normality. I used to hold down a highly stressful job. I used to race pretty much every other weekend and thought nothing of logging 80-100 miles per week. I loved it. So I don’t think I’m asking too much to want to get a couple of marathons in before the end of the year and an ultra next spring.

I tried to calculate how much longer it would have taken me to get to this point had I not seen an endocrinologist. A conservative estimate is that it would be March 2020 before I would be functioning like half a human being. That’s a full year after my diagnosis. I’m happy to show my workings out to any insomniacs running out of sheep to count, but I’m only factoring in the dose my GP started me on before an endocrinologist intervened and the length of time he recommended waiting between blood tests. I’m not factoring in the difficulty of getting a GP appointment or the likelihood that a GP might use the lab reference ranges rather than symptoms to form a treatment plan. So the reality is it would probably take more than a year to get from diagnosis to ‘borderline’, and then I’d have a battle on my hands to get enough medication to reach optimal functioning.

In 2008-2009, I worked on a research project exploring different service models for the treatment of early psychosis and their impact on patient outcomes. This study didn’t just look at symptoms, it also evaluated the wider impact of psychosis on both individuals and the health economy. We measured the time a person spent in structured activity and the support they required in order to function.

It’s common to measure hospital bed days or numbers of medical appointments to assess the impact of an illness on services. But what about the person who isn’t working enough to meet the income tax threshold? Or the stay at home parent whose spouse has to take carer’s leave when the kids are ill? Or the adult whose parents are still doing their washing, shopping and cleaning as unpaid and unrecognised carers? This all has an impact on the wider economy as well as a huge impact on individual lives. These are the factors that helped justify funding for early intervention for psychosis. However, I can’t help thinking that, on a healthcare level, it’s still the bed days and the cost to the NHS of people whose treatment was delayed that made the difference.

Thyroid disorders don’t impact the NHS in the same way. You’d have to be undiagnosed and untreated for a very long time to need to go into hospital for an underactive thyroid. I don’t think the implications translate into money obviously enough for treatment delays to be seen as a ‘problem’. I’m not comparing it to psychosis, but I don’t think the impact of these treatment delays is acceptable. I imagine most people drag themselves to work and they aren’t popping up in other NHS services or calling ambulances. That doesn’t mean there’s no impact, but the right research isn’t being done.

Using myself as an example, I am self-employed. If I continue to work at my current rate due to fatigue, I won’t need to pay income tax this year. If I didn’t have savings, maybe I’d be claiming some benefits. If I was working for an employer, I’d have taken some sick days. Maybe my performance would suffer and I’d miss out on promotion. If I had children, I’d have needed help looking after them on some days. It all adds up, but it requires thinking across government departments to see this.

I’ve spent a few hundred pounds on private treatment. That hasn’t saved any hospital bed days and won’t have had much impact on the NHS. But it will probably get my income level up 7 or 8 months earlier than would otherwise have been the case. I’ll be a more productive person and contribute more to the economy and society. I’ll also be happier, and that really should count for something.

I’ve had a look for this kind of research. I’ve searched for the impact of thyroid disorders on the economy and on individual functioning. I’ve looked for impact studies relating to treatment delays. I can’t find much. That doesn’t mean it’s not there, but if there was a decent body of high quality research, I’d have found it.

Why is this research not there? Presumably because it’s either not attracting research interest or it’s not attracting research funding. So this is one for the health economists or the medics doing research. What is the wider impact of thyroid disorders on socioeconomic activity? Why are GPs recommending waiting 10 weeks between blood tests when the research shows levothyroxine reaches full effect in 3-4 weeks? What is the impact of this delay in treatment? How many sick days per annum can be attributed to thyroid disorders? What are the outcomes of thyroid patients treated by an endocrinologist compared to those receiving treatment as usual from their GP? What is the cost of specialist treatment, and is this justified by the outcomes?

My blog isn’t going to change things. If enough people ask questions and highlight issues, then just maybe someone will be interested enough to do a small scale study for their MSc. If the results are interesting, maybe someone else will get funding for a bigger study. Maybe this will begin to inform practice in 5 or 10 or 50 years’ time. Maybe it won’t. Maybe I am wasting my breath, but it won’t do any harm. If not thyroid specific research, then we certainly need people to wake up to the consequences of the shortage of GPs. Brexit has the potential to destroy an NHS that, in many areas, is propped up by professionals trained outside the UK. On that note, now is probably the time for me to stop writing before this rant becomes entirely political.

On a positive note, I feel more like a runner again. I’m trying to be excited rather than daunted by the prospect of building back up. My running buddy is certainly loving it! The hills are beckoning.

Addicted to trail running and entering ultras. Currently notching up DNSs as I battle hypothyroidism. View all posts by sarahcrunning